The Nixon Administration and Watergate 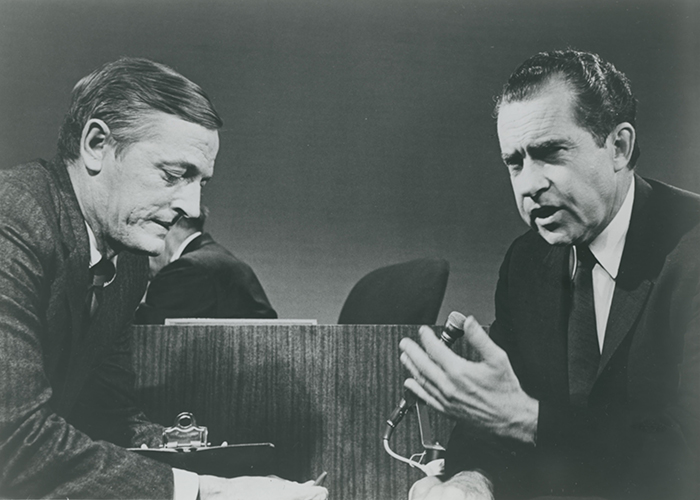 Richard Nixon (1913–94) served as the 37th president of the United States from January 20, 1969, until August 9, 1974, when his role in the Watergate scandal and probable impeachment prompted his resignation. Nixon’s presidency saw many accomplishments, including the establishment of the Environmental Protection Agency, the end of the Vietnam War, and the Apollo 11 moon landing. However, Nixon’s administration began to crumble when members of his reelection team broke into the Democratic National Committee headquarters at the Watergate office complex in Washington, DC, on June 17, 1972.

In recognition of the 50th anniversary of the Watergate break-in on June 17, 1972, the Hoover Institution Library & Archives has compiled collections related to the Nixon Administration and Watergate scandal and the major players involved. 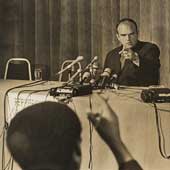 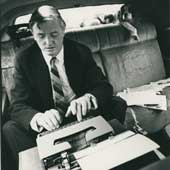 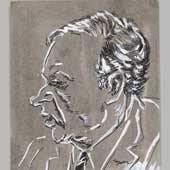 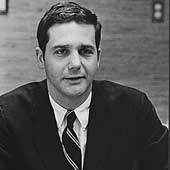 Jeb Stuart Magruder was the special assistant to President Richard M. Nixon, 1969-1971 and deputy director of the Committee for the Re-Election of the President, 1971-1972. His collection includes writings, correspondence, office files, memoranda, reports, sound recordings, and printed matter relating to the elections of 1970 and 1972 and the Watergate hearings.

Frederic V. Malek was the Special Assistant to President Richard Nixon and the Deputy Director of the Committee for the Re-election of the President in 1972. His collection includes speeches and writings, correspondence–including correspondence with H. R. Haldeman, memoranda, reports, and notes, relating to domestic politics and administration of the federal government during the presidencies of Richard M. Nixon and Gerald R. Ford. 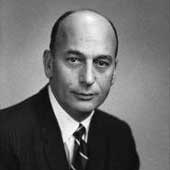 Robert Charles Mardian served in the Nixon administration and was a member of the Committee to Re-elect the President. His papers include speeches and writings, correspondence, memoranda, reports, proposals, minutes, testimony, legal documents, printed matter, and audiovisual material relating to education policy during the presidential administration of Richard M. Nixon, school desegregation, surveillance of radical movements, administration of the Federal Bureau of Investigation, and the Watergate affair and subsequent trials. 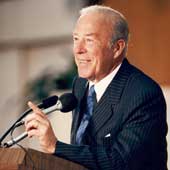 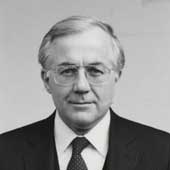