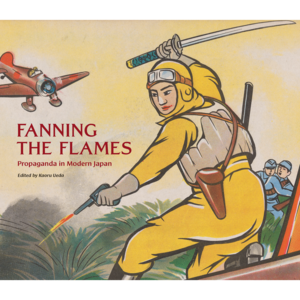 Following a period of strict isolationism from the West, Japan began a series of modernization efforts, starting in the Meiji Restoration, that transformed the nation from a scattered feudal state to an expansionist empire. Accompanying these changes, state-sponsored and grassroots commercial propaganda became an omnipresent influence in all aspects of Japanese life.

Fanning the Flames takes a comprehensive look at how Japan deployed popular arts for propaganda that created an imperialist fervor. Inside are scholarly essays by experts, with more than 100 rich color illustrations from the collections of the Hoover Institution Library & Archives, including woodblock prints, photos, posters, and the rarely examined street paper plays called kamishibai, many of which had been destroyed or lost by the end of the Second World War.

Spanning from the First Sino-Japanese War through World War II, these important documents build a visual narrative that charts the rise of an imperialist nation and demonstrates how expansionist policy disseminated through mass media to shape a modern Japan, forever changing political relations between East and West and between Japan and its neighbors.

The Fanning the Flames Speaker Series highlights conversations with leading scholars of modern East Asian history, art, and propaganda and is presented in conjunction with the book and upcoming online and physical exhibitions. 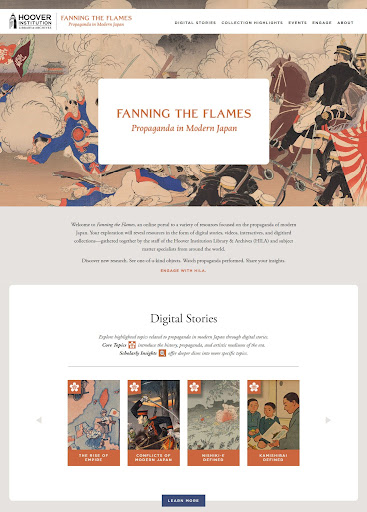 Explore the Fanning the Flames, an online portal to a variety of resources focused on the propaganda of modern Japan! Your exploration will reveal resources in the form of digital stories, videos, interactives, and digitized collections—gathered together by the staff of the Hoover Institution Library & Archives (HILA) and subject matter specialists from around the world.